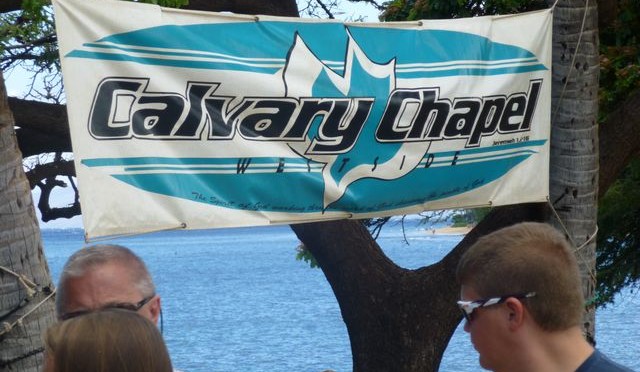 We decided to go to breakfast this morning instead of going to Starbucks.  In the shopping center, Cannery Mall in Lahaina, there is a restaurant named Lu Lu’s.  We had noticed it before, but today we decided to go in.  The windows open up so the breezes blow through the restaurant making it very pleasant inside.

We sat down by a window and decided that what really tickled our taste buds was the Crab Cakes Benedict. Just the sound of it make my mouth water.  We were deliciously happy with our choice. Eating Canadian Bacon  Benedict will never be the same ever again. 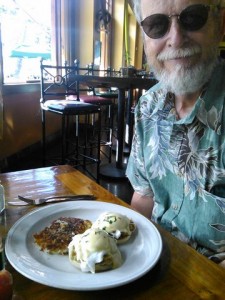 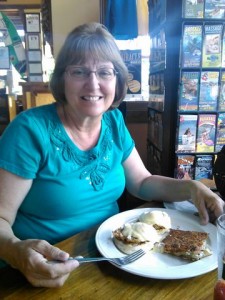 After breakfast, we decided to go to Calvary Chapel at Wahikuli Wayside Park also in Lahaina.  They have a service in a church facility at 8:30 and then go to the park and have another service at 10:30.  The weather outside was beautiful – a slight breeze and even if you were in the sun it was not too hot. 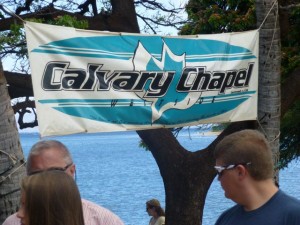 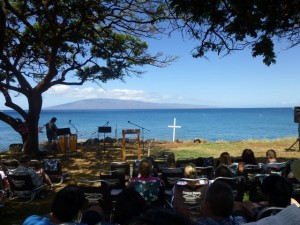 Today the Pastor (Steve Santos) talked about I Samuel 15 where King Saul was chosen by God to be the king of Israel because he was taller than everyone else, good-looking, humble and wanted to do whatever God wanted him to.

At the end of Saul’s life God was grieved that he had made Saul king.  The question to us was: When we get to the end of our life will it grieve God to have put us in the positions he has or not?

As I think about my dad’s death on this Father’s Day I think about what my Aunt Virginia said in the eulogy she wrote about my dad.  She said he never even considered doing anything other than what he should.  That from his sister!  What a great way for your sister to remember you. How much more important that would be to have that come from God himself. 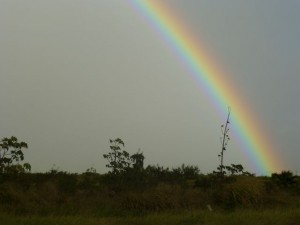 On our way to Father’s Day dinner look what we saw!  Yes it had been raining off and on all afternoon.

Stan had made reservations to go to Sugar Cane Maui in Lahaina.  We were seated on a balcony overlooking the ocean where we could see another beautiful Maui sunset and watch people as they walked by across the street. 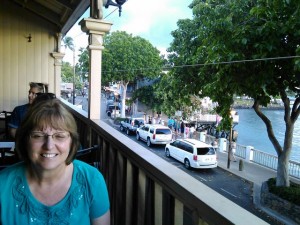 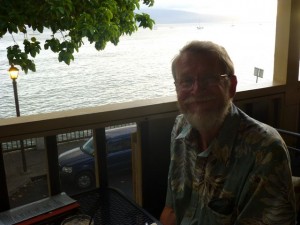 The food was excellent and “memorable” as Stan says.  Our waitress Taran was so helpful with suggesting things.  She would get really excited when we chose something she suggested because she said she knew we would really like it.  And she was right! 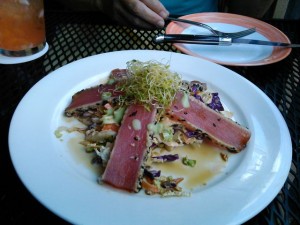 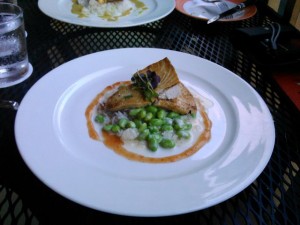 Since it was Stan’s night he wanted to have desert and chose Banana Fritters with Chocolate Ganache.  They were brought to us still warm and moist.  Soooo good!

As we ate we enjoyed another Maui sunset that was amazingly beautiful.  The heavens are declaring the glory of God!! 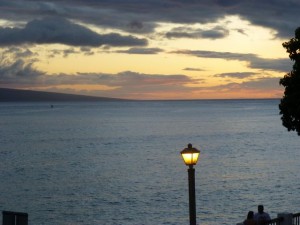